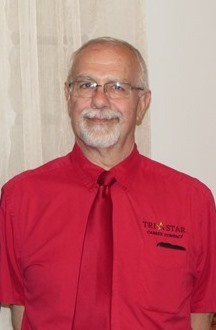 A memorial gathering for Construction teacher Warren Gregor will be held from 3:00 p.m. until 7:00 p.m. on Saturday Aug. 4, 2018, at the Lehman-Dzendzel Funeral Home in Celina.

He was born the son of Thomas and Katherine (Oates) Gregor on Feb. 8, 1951 in Huntington Station, NY. On April 7, 1973. He married Melinda Sousley, who survives in Celina.

He was preceded in death by his father, Thomas Gregor.

Warren graduated from the Sparta High School in New Jersey, with the class of 1969 and received his Bachelor’s degree in music from Findlay College. He was a construction teacher at Tri Star Career Compact in Celina. Warren was a member of the Celina Education Association and the Grand Lake Symphony Orchestra.

A memorial gathering will be held from 3:00 p.m. until 7:00 p.m. on Saturday Aug. 4, 2018, at the Lehman-Dzendzel Funeral Home in Celina. Memorial contributions may be made to the Grand Lake Symphony Orchestra, 7960 U.S. Highway 33, Celina, Ohio 45822. To share on-line condolences, please visit LehmanDzendzelFH.com.